Transformer with winding Resistance but No Magnetic Leakage

In an actual transformer, there will be some resistance in both sides winding i.e primary & secondary winding due to the presence of copper winding .

Now, we describe what is the effect in transformer due to presence of winding resistance but no magnetic leakage ?

b) Similarly, Primary induced e.m.f E1 is equal to the vector difference of V1 and primary resistance voltage drop I1R1,

The vector diagrams are shown below on different loading condition of transformer at no magnetic leakage :- 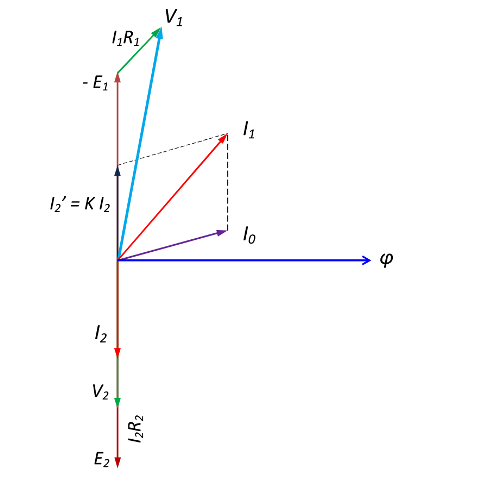 Fig-2 ( When Load is Non-Inductive) 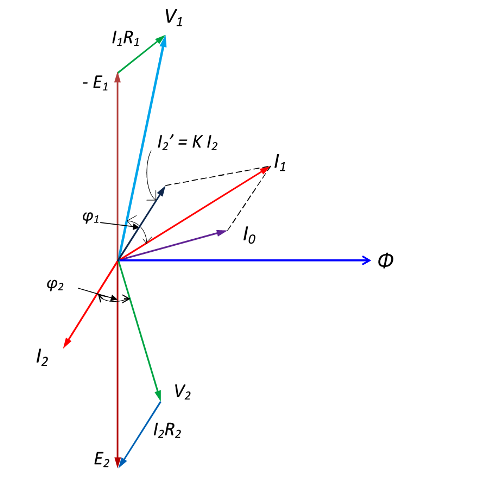 Fig-3 ( When Load is Inductive) 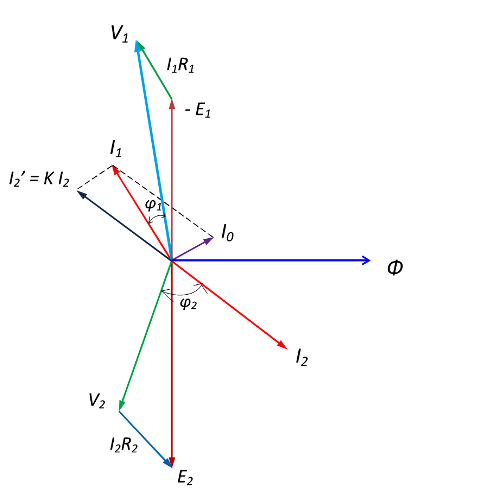 Fig-4 ( When Load is Capacitive)