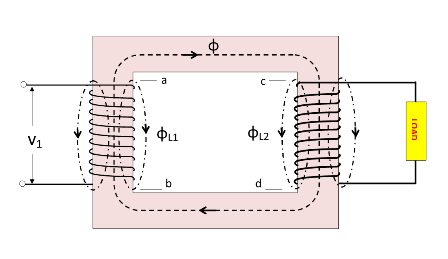 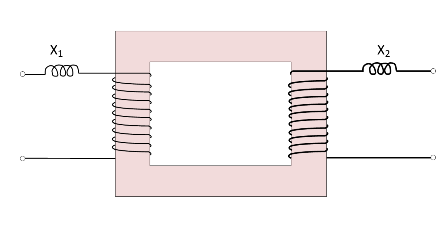 Please note that the leakage fluxes of the transformer can be minimized by sectionalizing and interleaving the primary and secondary windings which is shown in the figure below. 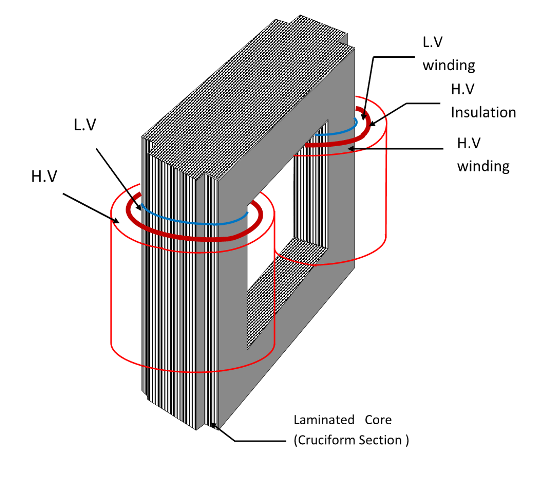