A protective relay is a device which initiates the circuit breaker to cut the faulty circuit from the healthy system. It acts just like a ‘ silence guard’, when any fault occurred in a system, the relay operates to close the trip circuit of the breaker and the breaker disconnects the faulty circuit. 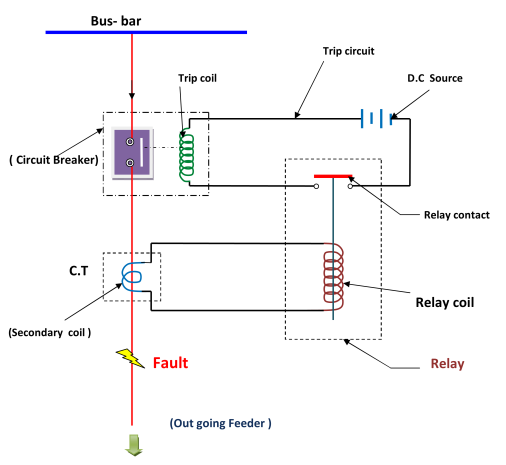 Now describe , how the relay disconnects the faulty circuit . Suppose when a short circuit occurs at a point F, on the line , the huge current  flows in the line. Hence , a heavy current  flow through the relay coil, causing the relay to operate by closing its contacts. Result complete the tripping circuit of the breaker and making the circuit breaker open.