i)Sag calculation when supports are at equal levels:

Lets, A conductor is in the two equal level supports A and B. O is the lowest point of the conductor. l= length of the span. w= weight per unit of length conductor. T= Tension in the conductor.

The above two forces is equating movement about point O, we get

ii)Sag calculation when support are at unequal level: The unequal level suspension conductor is normal shown in hilly area. 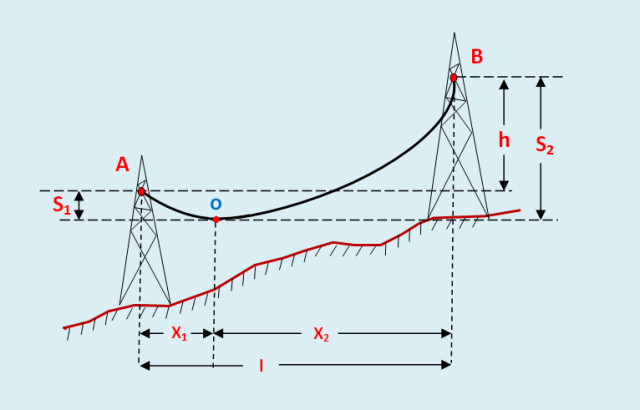 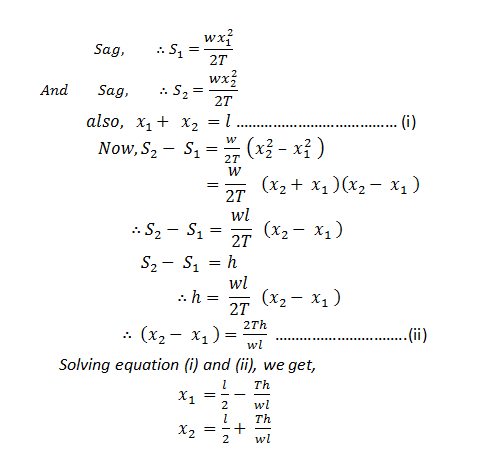 After getting x1 & x2 value, the sag of conductor is easily calculated.

Now , we describe the effect of wind and ice loading in sag calculation at overhead line.

The weight of ice acts in the same direction as the weight of conductor ( i.e vertically down wards ). The force due to the wind is assumed to act horizontally. 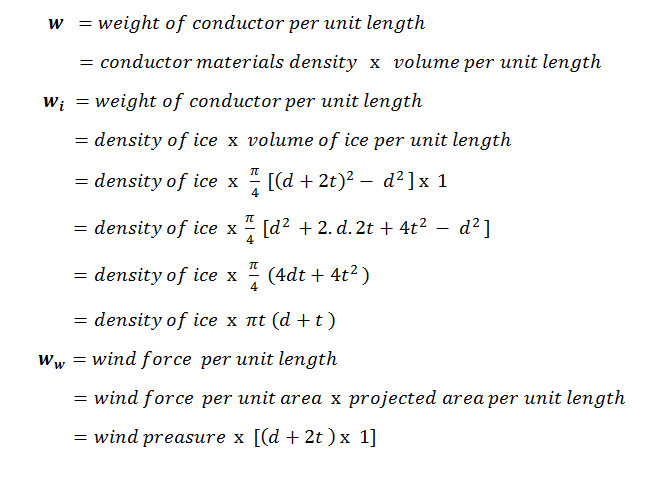 Therefore, the total force on conductor is the vector sum of the above two forces which is shown in fig.

This sag represents the slant sag in a direction making an angle θ to the vertical. We can easily calculate the value of slant slag by using the above formula. ii) The vertical sag = S cos ϴ