So, we can say that whatever the load conditions, the net flux passing through the core is approximately the same as at no-load. Due to the constancy of core flux at all loads, the core loss is also practically the same under all load conditions. As ’ 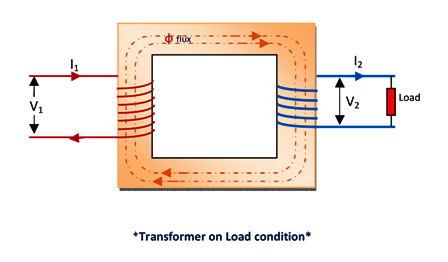 Hence, when transformer is no load, the primary winding has two currents in it; one is I0 and the other is I2’ which is anti-phase with and times in magnitude. The total primary current is the vector sum of and ’. 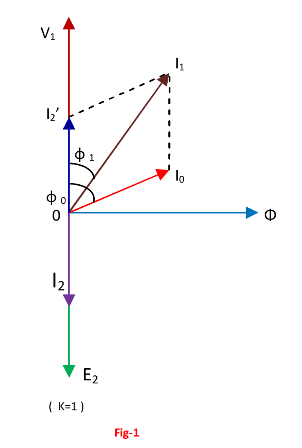 In the fig.-1, shown the vector diagram of a transformer when load is non-inductive

= secondary current in phase with

I1= Primary current which is vector sum of ’ and lags behind by angle . 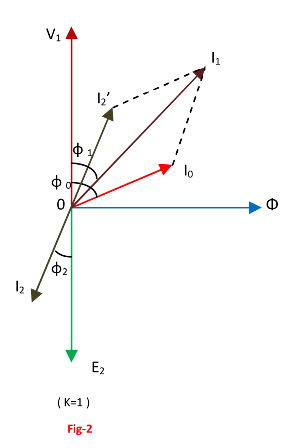 In the fig.-2, shown the vector diagram of a transformer when load is inductive,

I1= Primary current which is vector sum of I0 and I2’ and lags behind V1 by angle φ1.

It is seen from the fig.-2 that the angle is slightly greater than . 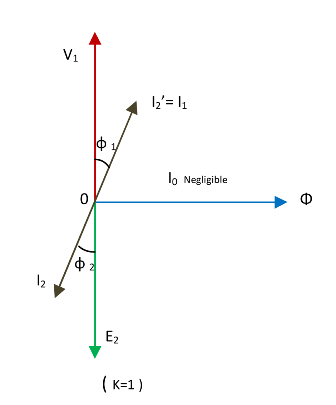 It is shown that under the full-load condition, the ratio of primary and secondary current is constant. The relationship is made the basis of current transformer, such a transformer which is used with a low-range ammeter for measuring currents in circuits.