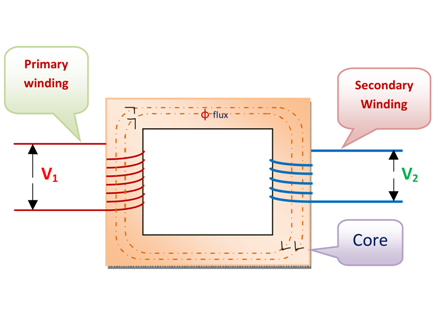 First, we describe core of the transformer.-

The core is the vital part of the transformer which provides a continuous magnetic path a minimum of air-gap. The core is construction with laminated steel sheet which is high silicon content, high permeability, and low hysteresis loss. For minimizing the eddy current loss, the steel sheet is laminated each other by a light coat of core-plate varnish or by an oxide layer on the surface. The thickness of lamination varies from 0.35 mm for a frequency of 50 Hz to 0.5 mm for a frequency of 25 Hz. The core lamination joined in the form of a strip which is shown infig.-2. For avoiding narrow gaps in between layer, the laminated layers are staggered in order. And these staggered joints are said ‘imbrieated’ joint. Constructionally , the transformer are two types. The two types are— 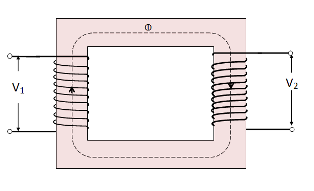 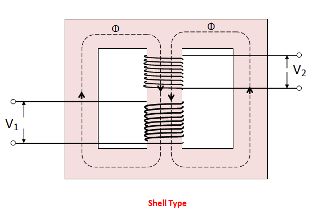 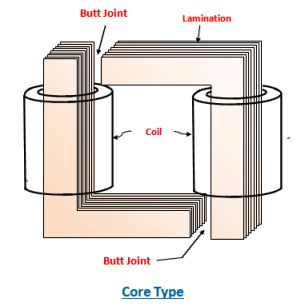 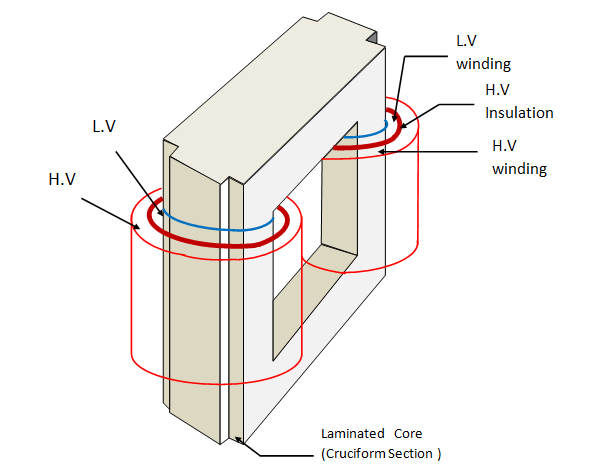 And these cylindrical coils are wound in a helical layer with different layers insulated from each other by paper, cloth, micarta board or cooling ducts. For reducing leakage flux, and H.V & L.V winding are placed one after another separating with high insulation cylinder on fuller board which is shown in fig.

The shell type transformer is a simple rectangular form and the core surrounds the considerable portion of the windings which is shown in fig. Both the primary & secondary windings are placed in the one limb. And the coils are wound in from of multi-layer disc type. The different layers of the multi-layer disc are insulated from each other by paper. 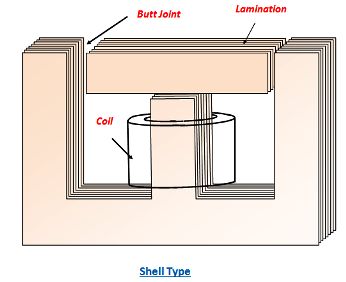