Transformer on No load Condition

So, the primary current  I0 has two components: 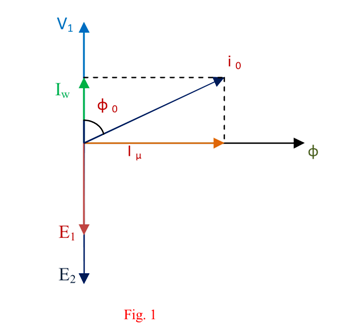